Zika Update: Genetically Modified Mosquitos – GMM’s – to the Rescue, or not?

Are these “Super Bugs” the answer to our prayers or are they a gateway to more serious problems.

Health Organization (WHO) has backed trials of genetically modified mosquitoes in the fight against the Zika virus.

Currently, representatives from the US Centers for Disease Control and Prevention, the Environmental Protection Agency and the FDA are considering the use of GMM’s here in the United States. These US regulators have tentatively agreed to allow a biotech company (Oxitec) to field-test genetically modified mosquitoes in Florida. Authorities need to wait for public and stakeholder feedback before giving their final approval.

Environmentalists are criticizing the use of GMM’s , due to their unknown long-term effects. Other critics of these super bugs contend that the presence of these GM mosquitoes may have contributed to the overall cause of the latest Zika outbreak, stating that the epicenter of said outbreak is in the same area where GM mosquitoes were released in 2012 and again in 2015.

In mid-2012, British biotech company Oxitec released the super bugs with the aim of reducing the overall mosquito population that spreads dengue fever, the Zika virus, and chikungunya in northeast Brazil.  At the time, concerns were raised about the release of GMMs without further studies into effectiveness and possible side effects.

The aim of Oxitec’s Genetic Modification program was to release only altered male Aedes mosquitoes into the wild and they would in turn produce offspring with their virus carrying female counterparts. This offspring would then die off before breeding age due to the GM coding in their genes.

es the big “But”.  But if the antibiotic tetracycline is present, since it would override the GMM DNA change, this method would be ineffective.   Why is this important?  Tetracycline can be found everywhere in our environment, and here’s why. It is estimated that approximately 75% of antibiotics are not absorbed by animals (humans included) and are excreted in waste and finds it’s way into soil, water supplies and plant life.” One of the antibiotics renowned for its environmental persistence is tetracycline.

Brazil is third in the world for its use of tetracycline in its food animals and uses it widely in the treatment of many human conditions.

So… Why was this information overlooked?  Who knows.  Maybe researchers here in the US, have fixed this little problem…… or not.

What’s next in the battle against the Zika virus?

Most recently, President Obama and the Department of Health and Human Services are seeking to transfer $510 million in money allocated to fighting the 2014-2015 Ebola outbreak in west Africa to preventing a similar outbreak of Zika in the United States, but the process to have that money approved will be long, and health officials are demanding precautionary measures take place as soon as possible.  Hence, we have GMM’s, Genetically Modified Mosquitoes.

The big question is, Are GMM’s, Nature’s little helpers or have scienti 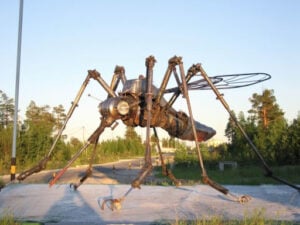 Want to establish mosquito control on your property? Check out this link.  https://gmv491th1i-staging.onrocket.site/mosquitoes.html

← When it comes to Gophers; If you want Peace, Prepare for War! Are natural predators the answer to our mosquito woes? Maybe, maybe not! →