Identification of Snails and Slugs 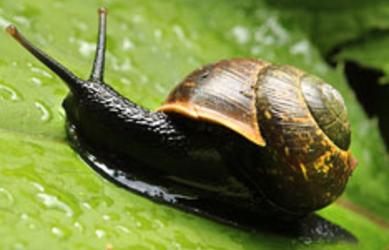 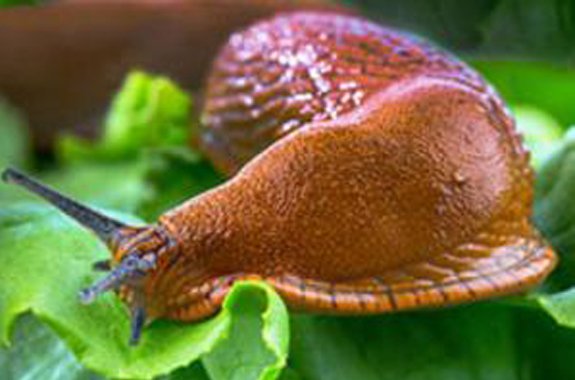 Plant damage from snails and slugs begins to appear during the spring before many insects are active. They eat soft, succulent plant tissue and chew large holes in foliage, stems, fruit, and even bulbs. They can completely consume seedlings and severely damage young shoots and plants. Snails, and sometimes slugs, can climb into trees and shrubs to feed. Traces of silvery slime on chewed leaves or along the ground is evidence of their presence in the landscape. 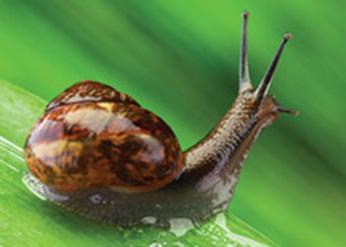 Cantareus asperses – a member of the family Helicidae, originates from Britain, Western Europe and along the borders of the Mediterranean and Black Seas. In the United States, it is reported from California north to British Columbia, Canada, in most southeastern states and along the east coast north to New Jersey. This snail is reported to cost the state of California 7-10 million dollars, in lost revenue from crops and ornamental plants, every year. It presents the greatest risk to nurseries. This snail feeds on a wide range of host material and can commonly be found climbing into trees and shrubs after succulent new growth.

Its shell grows to 1 1/2 inches wide, is wrinkled with brown spiral bands that have paler markings. In California the flesh of this snail is yellowish brown to darkish gray. The opening of the shell is large, round and has a light to white lip.

Theba pisana – has established large populations in San Diego and other counties of Southern California. This snail is thought to be potentially, one of the worst foreign snails as an agricultural pest due to its remarkable abilities to increase population once established. It is also the most frequently found exotic snail. It is particularly destructive to ornamental plants and various types of trees. In California, a citrus tree was covered with more than 3000 of these snails.

The White Garden Snail is native to the Mediterranean countries and Great Britain. It is generally found in coastal habitats. California is thought to be the only state, at this time, with large populations. 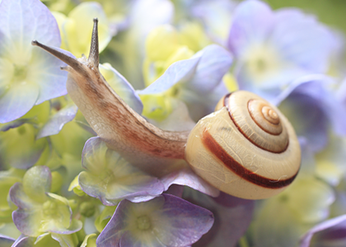 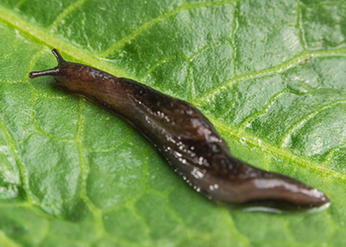 Known as the Valencia slug or the three-banded garden slug, Lehmannia valentiana, is strictly a terrestrial slug species. It feeds on plants and decomposing wood and is a very serious pest of flowers such as orchids and other ornamentals in greenhouses. It is also a major plant pest in urban gardens and landscapes.

It is a medium to large slug, ranging up to 3 inches in length. Its color varying from light cream to dark brown. It can be identified by the two distinct, dark bands or lines running the full length of the body. There may also be a less distinct middle band. The mucus of this species is watery, colorless and can be deposited in great volume.