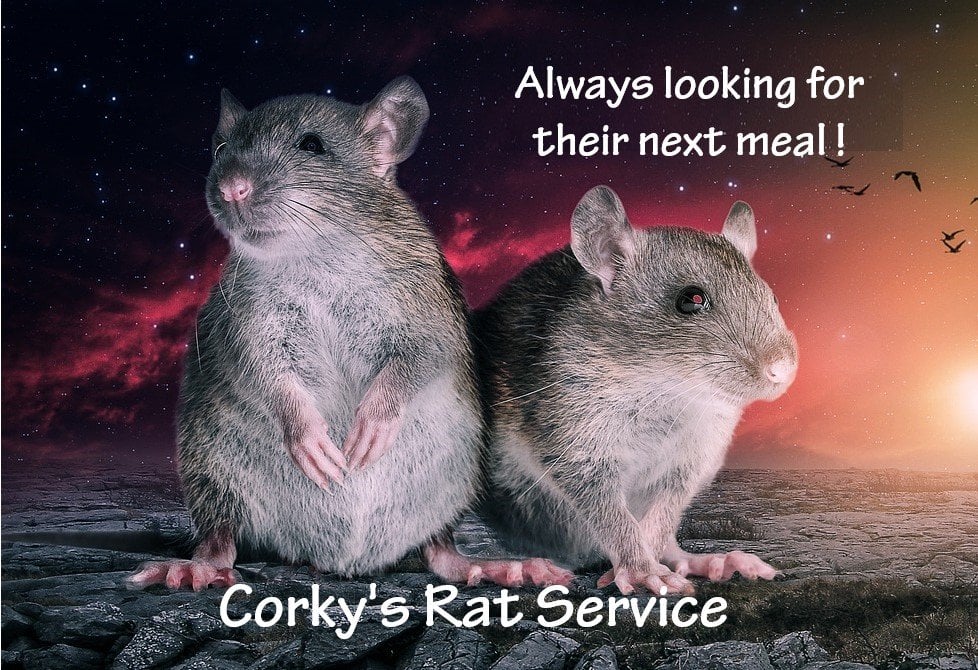 Rats are everywhere! That is, everywhere humans are.

Rats can be traced first, from Asia where they then spread throughout Europe along trade routes. Then they were brought to the Americas by ships transporting people and supplies, to the new world.

In California, two species of non-native rats are primary pests in urban and suburban communities. 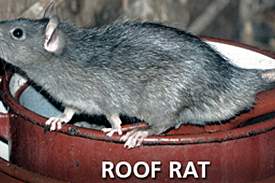 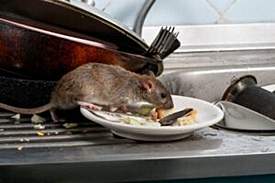 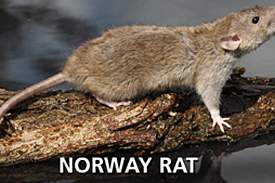 The ROOF RAT (aka the black rat, tree rat) will live indoors, in attics and upper levels of structures and outdoors in trees, dense vegetation and tall hedges. They love palm trees, with their dense layers of fronds. They are known for their climbing skills and have even been seen tightrope walking between telephone poles. The NORWAY RAT (aka, the sewer rat, brown rat) is larger and heavier than his cousin the roof rat, therefore he stays close to the ground, burrowing near buildings, under woodpiles and in garden landscapes. He is also famous for traveling in sewers and occupying the lower levels of structures. These rats are more of a problem in industrial zones and in densely populated, inner-city or downtown areas.

Rats live very well with humans and most of the time, they go unnoticed, until they start to overpopulate, then, they are everywhere. Like flies, they live especially well on our garbage. And we humans produce a lot of garbage. Rats live to forage, mate and reproduce. A female rat can breed as many as 500 times with different mates throughout their lifetime.

One female rat can be ancestor to over 1000 rats over an 18 month period. Rats give birth to litters of pups (baby rats) consisting most often, of 5 to 7 individuals. By the age of three months, they are babies no longer and are ready to reproduce. Rats typically live around two or three years. 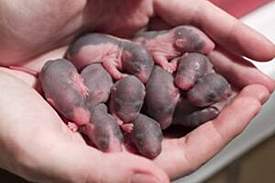 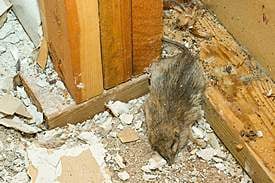 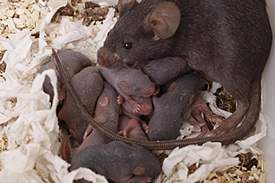 Female rats choose accessible attics as nurseries for their young because attics provide safety from predators, including male rats that will feed on newborns. They leave only to scavenge food and most always at night. Male rats will stay where food and water are abundant forgoing the trouble inherent in climbing to an attic and the fight that would surely result if they were to encounter a female. Male rats are extremely territorial and will fight to protect their domain.

Here are the three most asked questions about rats:

Fact! Rats are nocturnal so if you see one rat outside in the daytime, you have hundreds lurking close by in the landscape!

Rats are always looking for easily accessible food options and safe, warm shelter in which to raise their young. Man-made structures are chosen as harborage areas because they provide all the resources that invading rats actively seek out. Rats are well-equipped to adapt to most environments. That being said, they can invade structures through any crack or crevice large enough to squeeze through. 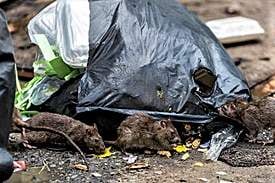 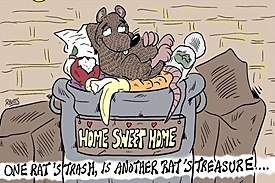 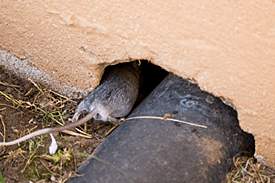 Open garbage cans and pet food bowls left outside make the perfect food sources for those rats looking for an easy meal. Unkept yards and unrepaired structures provide them safe harborage. Mowing tall grasses, pruning dense foliage and repairing holes in walls will go a long way to protect your property from rats. Once rats have been drawn to your property, they’ll continue to forage around the perimeter ultimately finding a way inside your home.

Rats must be controlled outside in the landscape to stop interior invasions. Your most effective control option is to call a pest professional. Knowing where rats are, how they got there and what they were looking for is the job of a rat control specialist. Corkys Pest Control has perfected the science of Rat Control, here in Southern California, and our customers are loving it! Call 1-800-901-1102 or Schedule a Service On-Line.