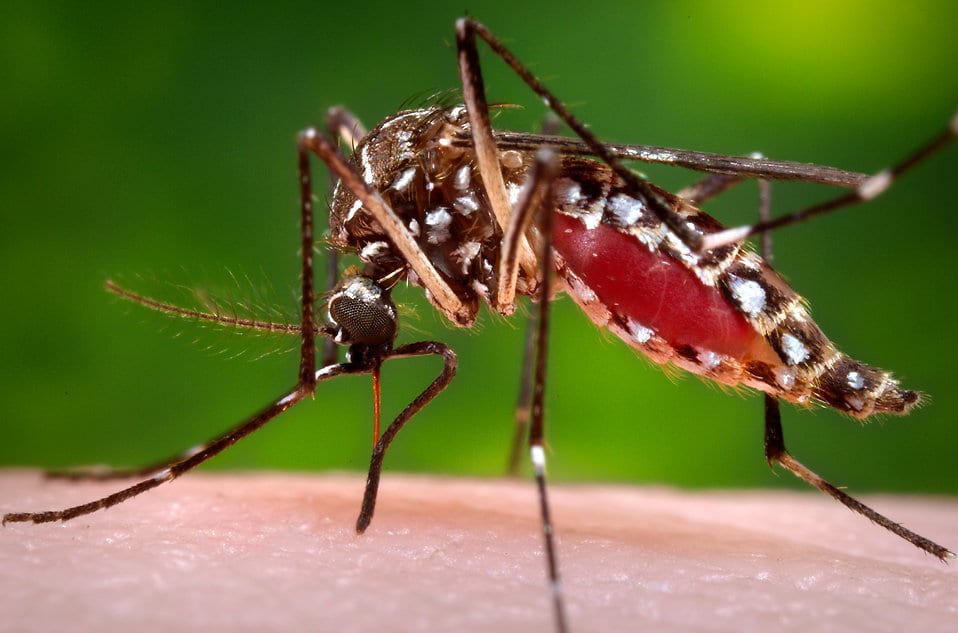 Mosquitoes are in the news again and the news isn’t good!

Mosquitoes have been the bane of man’s existence for centuries, or should I say millenniums.  Not only are they annoying, buzzing around our heads, their bites itching and looking red and ugly, they carry diseases that have killed millions maybe billions over the centuries.  These tiny disease carrying, female dive bombers don’t discriminate, their targets are anything or anyone that can supply them with a blood meal so they can produce eggs.  Their life imperative is to reproduce and their ability to do so is being enhanced by the “El Nino” conditions effecting our environment.  Warmer temperatures and an increase in wet, moist environments provide the prefect breeding conditions.

“Half of the global population is at risk of a mosquito-borne disease,” says Frances Hawkes from the Natural Resources Institute at the University of Greenwich. “They have had an untold impact on human misery.”

According to the American Mosquito Control Association, there are over 3,000 species of mosquitoes in the world, and at least 176 of them can be found in the United States. The most common, and most dangerous, are the various species in the Culex, Anopheles, and Aedes genera.

The most prevalent is the Culex Mosquito, Culex pipiens, known as the northern h

ouse mosquito. It is the main carrier of West Nile virus.

The Aedes aegypti, the Yellow fever mosquito, transmits Dengue, Yellow fever and now the Zika virus, which is said to cause the birth defect known as Microcephaly or small head syndrome.

Anopheles Mosquitoes are the carriers of the parasite that causes Malaria and transmits the parasite through their saliva when they bite. More than one

million deaths each year are attributed to malaria passed on by Anopheles mosquitoes.

The scientific world is arguing over the need for measures to eradicate the mosquito completely. Those for complete eradication or the extinction of the mosquito are opposed by those that see the benefits to nature that over half the known species provide, including pollination, as a food source for birds and bats while their young – as larvae – are consumed by fish and frogs. They argue, extinction could have an effect further up and down the food chain. Mosquitoes have also protected our rain forests by their very existence, keeping man and the destruction he causes, away from these necessary eco-environments.

While the experts argue, what can we do to protect ourselves?  The CDC recommends staying away from known mosquito infested areas and contact a pest control professional if problems are closer to home.

Pest management professionals are NOT experts in discussing the Zika virus or any other disease, nor can they speculate on its potential to spread. However, they ARE experts in mosquitoes and effective mosquito control and can help educate the public on how to avoid contact with mosquitoes, both while traveling and at home, and how to eliminate mosquito breeding grounds and reducing biting mosquito populations.

For Facts about Mosquitoes:

For Facts about the Zika Virus:

← Bionic Ants. Revolutionizing Our Future Workforce. What Zika means to those living in Southern California →