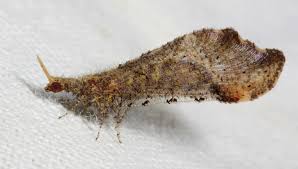 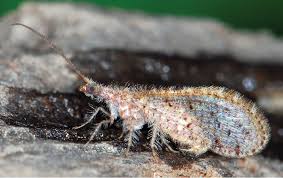 The natural world constantly amazes with it’s weird and fantastic creatures and the wide variety of methods they use to thrive.  For an example of weird, take the Beaded Lacewing (Lomamyia latipennis), whose larvae go through a stage during which they paralyze and even kill their prey with their flatulence- deadly farts.

The adult lays its’ eggs in a termite mound, and once they hatch, the tiny, ferocious and gaseous larvae are immediately able to locate the termites that are their prey.

After locating its’ victim, this young lacewing points it’s rear toward the termites

face and waves it around.  There is no noise and no warning smell.  The termite doesn’t even react or appear to be affected as the vaporous toxicant is emitted but in about three minutes the termite is immobile and the larva begin to liquefy and feed off of it.  Even if not eaten the termite dies in about three hours, making these gaseous emissions truly deadly.

Scientists performing studies on these gas producing insects cannot yet tell us why the gas is so deadly to termites and not to other insects.

noying ant.  It’s incredibly sticky and the ant will work long and frantically to remove it, forgetting all about the lacewing. This substance seems to be the same stuff that they use to adhere themselves to a leaf when they change from a larva into a pupa.

So, it’s obvious that this topic is no laughing matter to the termite, but it does make one smile as one remembers their own “Silent but Deadly” experiences.

Bye the way, here’s a fact that may make you feel a little less sorry for the termite.  Termites are the top methane producers globally. They even beat cows in their production of methane and their contribution to “Global Warming”!

For more information on this amazing insect behavior, check out the following links: