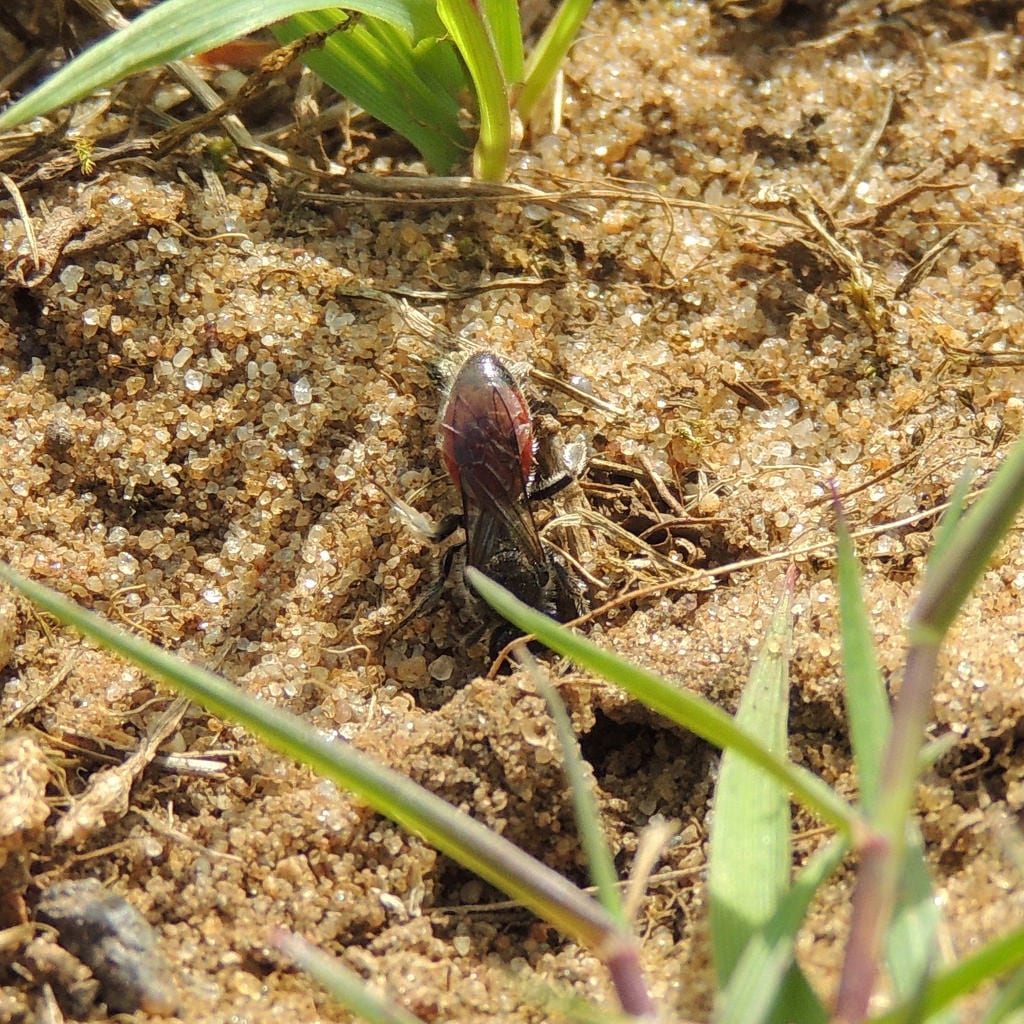 Cuckoo Bees – Not the Mothering Kind

Locally, in California we have about 1,600 species of native bees, some social, like the honey bee, and bumble bee, but most are solitary and include native bees such as; carpenter bees, leafcutting bees, sweat bees, digger bees, mining bees, mason bees, and cuckoo bees.

All families have that crazy aunt (ant), the eccentric uncle, or just the family cuckoos.  Bees are no different.  They have a cuckoo family branch too. Strangely enough, this branch of a bee family prays on its

close relatives (does this sound familar?) in order to survive. This behavior is known as brood parasitism or cleptoparasitism.   Cuckoo bees actually represent about 15% of the worlds’ bees.

Most female bees spend their day visiting flowers and collecting pollen and nectar to provision their nest with food for their young. A cuckoo bee female spends her day quite differently. She searches for host bee nests by flying low over the ground and only visits flowers for nectar when in need of energy. The cuckoo bee will wait outside the host nest and wait for the female to leave. It then zooms into the empty nest to lay its’ own eggs.

Many cuckoo bees are closely related to their hosts, and bear similarities in appearance and have been foun 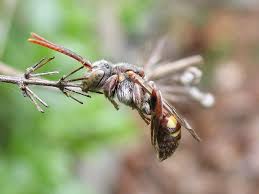 d to have a similar smell to the host’s nest. Bees often deposit glandular secretions at nest entrances (to help them find their nests) or use glandular secretions within the nest to waterproof brood cells and prevent the growth of fungi. These secretions give nests a distinct smell that cuckoo bees replicate so they go unnoticed while in an occupied nest. 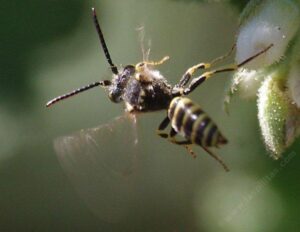 collecting hairs on their bodies. They do visit flowers for nectar because it provides them with the energy they need for daily activities, like looking for other bee nests to parasitize. This adaptation has scientists wondering, “are cuckoo bees, pollinators?” While visiting flowers, cuckoo bees will have some pollen that sticks to them through electrostatic attraction, but this doesn’t make them successful pollinators. As this species depends on the presence of host colonies, it is affected by declines in the host population.

Cuckoo bees are named after the European cuckoo bird that lays its eggs in the nests of other birds.

For more information on California Bees and especially the Africanized Honey Bees that are so much in the news, follow this link:  http://www.livescience.com/52153-africanized-bees-spreading-north.html

For more info on bees or help with bee removal in Southern California: https://gmv491th1i-staging.onrocket.site/bees/

← Are natural predators the answer to our mosquito woes? Maybe, maybe not! Spider Webs, Beautiful to Behold, Deadly of Purpose. →