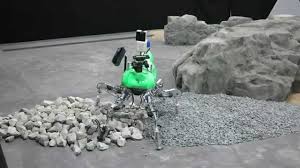 Ants may be the perfect workers – they share chores, solve complex problems and work themselves to death without complaint.

And now the behavior and appearance of nature’s most hard working insect has been copied in plastic and metal, with the creation of BionicANTS by the German engineering firm Festo and its Bionic Learni

ng Network. This company is using biomimicry, the practice of incorporating nature into mechanical development, to develop technologies that can be used to automate factories.

nic insects (butterflies) is to improve factory robotics.  The developers, at Festo, say it’s not just the unusual anatomy of real-world ants that inspired the bionic version – the collective intelligence of an ant colony was also something they wanted to replicate.

These 3D printed, hand-sized, robotic ants work together to complete difficult tasks, such as manipulating a large object, as real ants do in nature. Sensors enable an ant to be aware of its surroundings and the robotic insects communicate over a wireless network to coordinate their actions.

Each ant is capable of making independent decisions, but in doing so it is always guided by the common objective and thereby plays its part towards solving the task at hand.

Researchers say these bionic insects could one day be used in place of humans in factories.

Our future may see bionic ants in our factories, but right now, keeping the real thing out of our homes and yards is a never ending battle for homeowners and pest professionals alike.

← El Nino will bring more than wet weather to Southern California. Mosquitoes are in the news again and the news isn’t good! →